These cookies are strictly necessary for the operation of the site, you can disable them by changing the settings of your browser but you will not be able to use the site normally.

These cookies provide necessary information to applications of the website itself or integrated by third parties, if you disable them you may find some problems in the operation of the page.

These cookies are used to analyze the traffic and behavior of customers on the site, help us understand and understand how you interact with the site in order to improve performance.

These cookies can be from the site itself or from third parties, they help us to create a profile of your interests and to offer you advertising aimed at your preferences and interests.

The ancestral Mediterranean culture, and the island of Formentera in particular, are at the base of the creative universe of Majoral: from nature to architecture, through traditional jewellery, the lifestyle, myths and the how-to of an ancestral and persistent culture. Enric Majoral connects this anthropologic context with urban culture, establishing a dialog between tradition, innovation and experimentation.

Enric Majoral Castells was born in Sabadell (Barcelona) in 1949. Since 1972 he works and resides between Formentera and Barcelona. Self-taught, he has been creating jewels since 1974. Founding member of the Arts and Crafts Fair of La Mola, created the year 1984 in Formentera.

In 1985 he becomes a member of Goldsmiths FAD – the Promotional board for the Decorative Arts of Barcelona. In 2007 receives the National Prize of Craftsmanship from the Industry Ministry. The year 2014 he is awarded the Professional Career Prize by the Jewellers Association of Catalonia (JORGC) and in 2019 he receives the Ramon Llull Award from the Balearic Government recognizing his professional trajectory as a jeweller.

His work has been displayed in the Pilar and Joan Miró Foundation in Palma, in the National Art Museum of Catalonia and in countries such as Germany, Japan and the United States. The MAD NY (Museum of Art and Design of New York) has two of his jewels in its permanent collection.

Roc Majoral Ballester was born in Formentera (Balearic Islands) in 1976. Since 1994 he works at his father’s workshop, where he learns the jeweler’s craft. In 2003 he joins the design department of the brand, and progressively assumes the position of workshop manager.

Has, among others, taken part in Espai Joia 2013 (Barcelona), the conference “Mediterranean inspired jewels” at EASD (School of Art and Design of Gran Canaria), at the third edition of Design Habitat (Madrid) and has exhibited at the Kyoto Handicraft Center for the Catalan Arts and Craft week in Japan.

His creative journey connects two expressive inclinations: developing his own language as a jeweler-artist while nurturing, innovating and promoting the conceptual and technical evolution of Majoral as a label. Roc Majoral’s jewels can be identified for the profound sense of harmony found in his collections, including those unfolding a formal language conceived from experiences of nature and landscape as well as the ones inspired by urban culture in all its spheres. 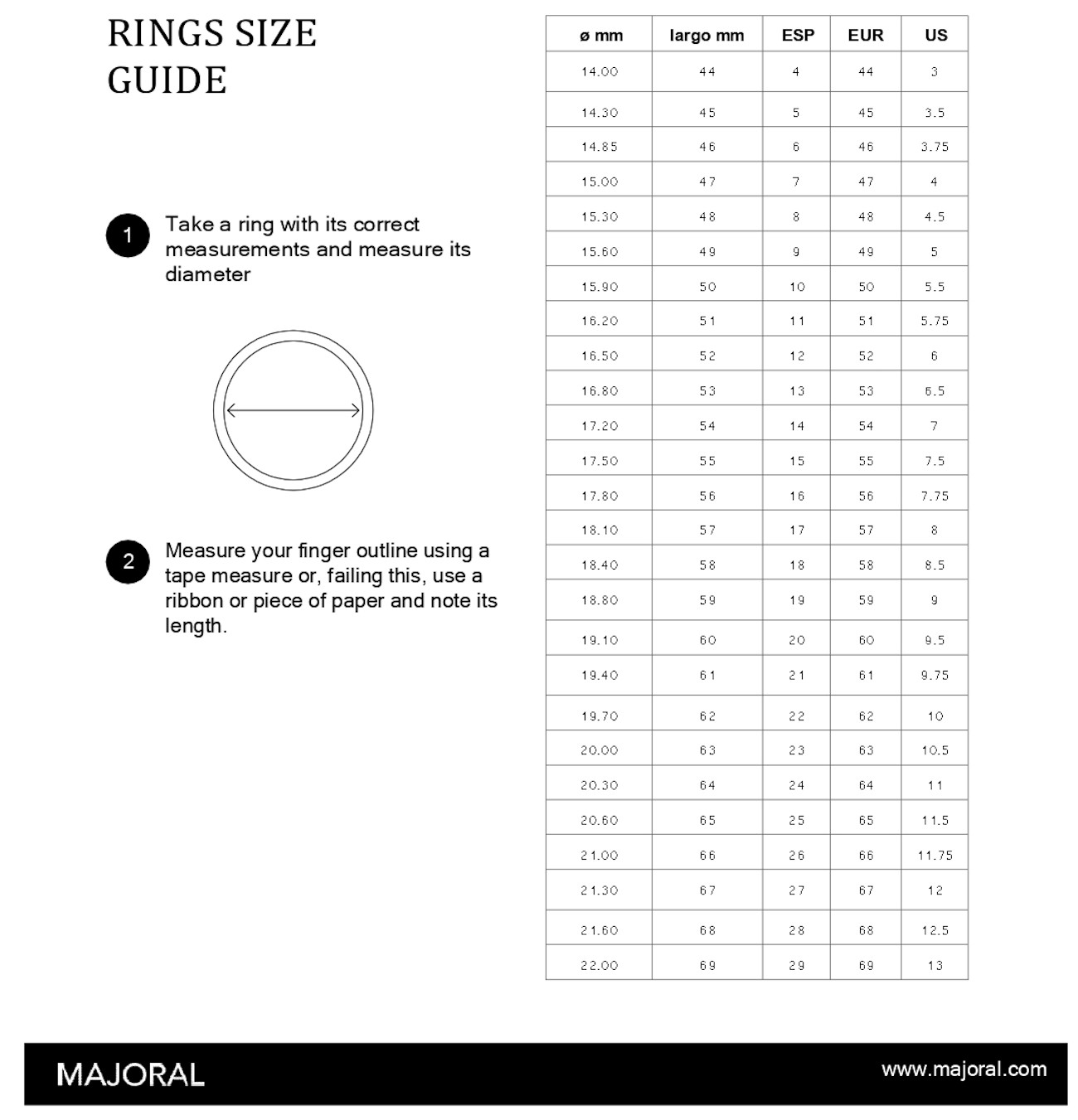